Fear of Being Alone

It surprises me sometimes, how many people say that fear of being alone makes them stay in unpleasant, unhealthy, even violent relationships. Personally, I like being alone, even if I like a good relationship based on trust far more. Fear of being alone is actually quite an abstract expression, so let’s check what might be under the surface of it.

Before going into that, check first if your relationship is unhealthy partly because you act in a childish and irresponsible way?

If you are prone to self-criticism, you might take over too much responsibility. Such a pattern usually includes inner conflict and constant internal battle between anger, guilt and fear, so use those feelings as a road sign. On the other hand, maybe you prefer making the other person responsible for everything? Some indications might be: feeling of dominance or supremacy, feeling special, looking for other person’s faults and mistakes and mentally exaggerating them, spitefulness or anger which again might hide fear and insecurities.

It’s not always easy to distinguish one pattern from another, especially if you try to distinguish them on the basis of verbal, rational descriptions. To be certain what is going on inside you, you need to get to know yourself and the way your brain and body work, through introspection. One of the indications that you are in a healthy and mature emotional state, is feeling calm and, in a way, “pure”, without internal conflict. Your mind will never be completely free of internal turbulence. However, if you are in a healthy state, you will approach doubt as a friendly feeling, instead of as something dangerous you need to fight by all means.

If you are certain that you are in a relationship with somebody incompatible and whose immature behavior you do not encourage by acting irresponsibly yourself, it remains to be seen what is the background of your fear of being alone. As a rule, we’ll discover that what we call fear of being alone is actually some other kind of fear – fear of an emotion or a challenge. Recognizing this is the first step towards a solution.

Some of the patterns often hidden behind fear of being alone are:

Fear of being labeled as a social failure

Perhaps you expect that, if you are single, other people will see you as not desirable enough or incapable of a stable relationship? Sounds like you are prone to excessive, black & white self-criticism and seeing yourself and your behavior from the worst perspective possible. Besides, you are quite dependent of others’ approval, which usually accompanies self-criticism. Probably at least one of your parents, if not both, often overreacted to unimportant details of your behavior. Focus on resolving those experiences from childhood, as well as developing supportive relationship to yourself.

Perhaps you generally don’t feel capable of facing people and challenges, so you seek help and protection in a partner? You will probably search for people who appear strong and confident, but often there is a risk that they would turn out to be dominant, controlling, arrogant, even violent. Perhaps your parents, mother in particular, were full of fear and anxiety that you “adopted”. Or maybe your childhood was “too perfect” – you were overly sheltered and didn’t have enough chances to learn to face challenges of the world around you. That means you need to go through a not always pleasant process of building confidence through practice, in situations many other people have already learnt to deal with – but better later than never.

Fear of your own emotions and thoughts

Many people find ways to escape their own inner dialogue – whether by drugs, TV, food, computer games, work, meditation or even books – anything can be an escape from your own self if the activity is motivated by restlessness or boredom instead of joy and enthusiasm. What do you feel would fill your consciousness if you stopped distracting yourself? Often it’s self-criticism, or it can be sadness, fear, guilt, depression… any uncomfortable emotion. If you face those issues and resolve them, not only you won’t fear solitude anymore, but you will have much more freedom in many other aspects of life.

Fear of missing your chance

If your relationship is based on some childish pattern – a need to save someone or earn approval, like you hoped to save your parent(s) or earn approval from them as a child, you might feel that you will never have such a great chance to fulfil that need. The reality is actually quite the opposite. Even if, by some miracle, you manage to motivate the other person to change, your internal pattern will not be resolved, because your partner is just a substitute, not the real cause of those issues. Focus on the true cause.

Fear of hurting your partner

Are you worried that your partner would feel sad, lonely or suffer in some other way, if you end the relationship? Probably you come from a manipulative family that made you feel guilty over and over again for seeking balance and having your own identity and needs. As a survival mechanism, you have probably learned to justify others and blame yourself. Under that, you probably carry a lot of suppressed anger related to injustice and imbalance, that you might turn against yourself again, or against your children who are easy targets. You probably see your partner more as a child than an adult capable to deal with life. You are in danger to use manipulative behavior (passive aggression) yourself, because you do not dare to express yourself, or to develop some chronic disease.

Unlike introverted people, who find stimulation and gain energy by focusing inside, on their feelings and thoughts, extraverted people are stimulated by relationships and external experiences. Yet, by itself, it’s rarely a true reason to stay in a toxic relationship. Check if you might have missed some other emotional motivation.

Not knowing how to be alone

Maybe you grew up in a big family and you never had privacy and quiet time. Animals on corporate farms, who are discouraged to go outside when young, will be afraid to go out in the open air when they grow up, even if it becomes possible. (Speaking about that, it is a common way for corporations to justify misleading advertising such as “free range animals”, while in reality their animals never even taste grass. Don’t trust everything you read on labels.) Maybe you are conditioned in a similar way? Do you lack inner strength and support within, to be able to face the novelty of silence and solitude?

Something encouraging to end with: people I know who decided to work with their fears and face the challenge of being alone, report that they enjoy (temporary) solitude much more than they expected. Solitude is a period of getting to know yourself, your gifts and interests, your longing and emotional wealth. Just like with other people, you can only truly love yourself once you get to know yourself well.

Intimacy With Your Own Feelings 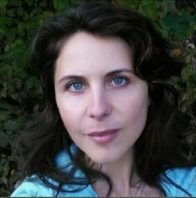 Death Of A Family Member