Are You Being Abused? 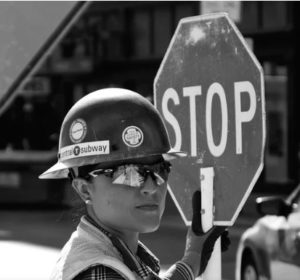 This makes sense from the practical point of social services, but it also shows that normal is not necessarily healthy, and healthy is not necessarily normal. Yet what is health? If violent and selfish behavior helps one survive and prosper when resources are scarce, how to expect anything different? Luckily, nature forced us as a species to cooperate to survive, and thus develop at least some empathy, fragile as it is.

So what is normal and what isn’t when it comes to relationship abuse? I had clients who where convinced they were abused, but once I saw them interacting with their partners in couple coaching, it became clear that they actually had a desperate need to fully control their partners. It felt like they couldn’t let their partners breathe without permission. If they felt they didn’t have complete control, they felt disrespected, unloved, unimportant and abused. If their partners would occasionally have enough and react strongly, it was just a more obvious proof of abuse for such people.

Less often, somebody comes full of guilt about not being a better partner, or even believing they are abusing their partner, but when I ask for details it turns out their partner expects them to fulfill their every whim and blames them whenever they show a hint of independence or having their own needs. Of course, such people were usually trained in their early childhood to put themselves last and feel guilty about having needs.

That leads to an interesting question, can a habitual victim “train” a normal person to be an abuser? Probably not somebody who has strong empathy, a clear sense of balance, and who is able to control their own urges. But many people are guided by urges and habits, not high values and ideals. Thus if somebody with very low self esteem and anxious attachment style (see Attachment Styles And Disorders And How To Heal Them) is too pliant and too ready to neglect their own needs, their partner might get used to that and start expecting it. Then if their privileges and benefits are suddenly taken away, the partner might feel slighted and react angrily.
I had some experiences when, in company of very submissive people, I felt a strong spontaneous urge to behave dominantly. As I was already used to observe myself carefully, I was able to pull brakes on my own behavior. But it was a surprising experience how easy it could be to respond to such urges, even if it’s not normally in my nature.

Does abuse have to be intentional?

Is abuse defined by intentions? No, many people abuse their partners and children out of deep childish fears, or habitual role models adopted in childhood. (Check also: Parenthood, Control and Guilt.) They usually believe they are doing the right thing and have no desire for the others to feel bad. But as we all know, sometimes the road to hell is paved with good intentions. In another example, addicts or mentally ill people can clearly abuse their families even if they don’t wish to do so.

Is abuse defined by its consequences for the victim? That’s probably the most practical approach to view it, even if, when it comes to small children, common misunderstandings (such as parents not recognizing the needs of a child), unexpected events (such as a parent having to spend time in a hospital) and objective circumstances (such as parents having to leave their children every day for work) can have traumatic consequences.

But let’s stay with abuse in adult relationships. Of course, there are people who purposefully, systematically and maliciously abuse their partners (more about this in Coaching Abusers and Victims of Abuse). But I’d say abuse is not so often a result of conscious malice as of unhealthy feelings and habits. One way or the other, it’s important to recognize how your partnership influences your self-esteem, inner talk and stress levels. It’s not necessary to blame someone or label them as an abuser to recognize the relationship is not healthy for you. If you feel your self-image is becoming progressively worse, your inner voice increasingly self-critical, and you feel drained and helpless, it sounds like it might be high time to at least spend some time away from your partner.

On one hand, it can be hurtful and potentially abusive to label someone as an abuser just because you don’t feel good around them. On the other hand, some people are too used to tolerate feeling bad, dismissing their own needs and find excuses for the partner’s hurtful behavior. A quote from this Youtube video about abuse:

“Trauma isn’t always like a lightning bolt where you know that you’ve been hit. Sometimes trauma is like poison that someone slips into your food in little doses and you sit down every night and you eat that poison and you don’t realize it’s building up inside you, until suddenly you stop functioning.”

Some people use such poison deliberately, some people because they had no role models to learn something else, some because they believe themselves victims who are owed special treatment by the world. The victim role, especially if played subtly and skillfully, can be particularly insidious and powerful, because it plays on and manipulates the best qualities of a human being: compassion and unselfishness. Some people skillfully abuse modern appreciation for sensitivity and self-improvement work to present themselves as victims. Once their partners manage to pull themselves out of it, they might have a difficult time learning to trust their best nature again, which is a sad place to be in.

Human communication and relationships are too complex and often too subtle to clearly sort them out into labels and boxes. The ways to manipulate and abuse someone are countless, and some of the most common I have listed in the article Red Flags In Relationships, while the article “How To Recognize Emotional Blackmail?” lists the differences between manipulative and healthy demands. I suggest you check out those, and here, to not repeat myself, I will list mostly internal, emotional signals that might be telling you you are in an abusive relationship:

“He’s not that bad inside”

Most abusers are not abusive all the time. Some might give you wonderful moments of affection, occasionally, when they feel generous, pleased, or to deliberately confuse you and make you believe they love you. (Similarly, all mass-manipulation such as religions, communism or nationalism are based on beautiful ideals, otherwise people would have much easier time seeing through them.) They might be intuitively aware that unexpected rewards are more bonding than reliable love (or reliable coldness).

When you consider leaving them, or if you miss them after leaving them, you might remember those tender moments as the proof that they are not “all bad” or that they did love you in spite of everything. And they probably had some good sides and great potential – everybody does. They probably did love you – but they weren’t healthy enough to respect you, empathize with you and control their selfish urges.

Remember that trying to help them or to be their “crutch” will usually only reinforce such people in their toxic habits. Most of the time, the only way to really help them change is to make it irrevocably clear that their behavior is not tolerable and to let them experience the consequences of their behavior. Remember, too, that you don’t have to blame them or hate them to recognize the relationship with them is not healthy for you.

If you keep finding yourself making excuses for them, if you feel on some emotional level that “it’s not that bad”, consider if you might find abuse familiar and tolerable because you associate it with your early home and family. Finding someone who reminds us of our early caretakers is the most powerful bond of all, especially if deep inside you still feel the desire to prove your worth to them and gain their approval. Be very cautious with that. Focus on working with your inner child to heal unresolved needs from childhood. Consider getting my short workbook How To Fall Out Of Love. It includes exercises to help you disentangle from the incompatible partner, heal your inner child and build your inner strength.

How To Stand Up For Yourself

Working With Abusers And Abuse Victims

How To Recognize Emotional Blackmail?