From time to time, I meet people who proudly proclaim that they don’t want to be around anyone who is not “spiritual enough”. Recently that got me thinking: but what does it mean? For some people, it might mean following a certain religion, or any religion. For some, it might mean believing in angels, or praying, or meditating (which way?), or feeling certain emotions when doing these or other things. Or it might mean following specific criteria of behaviors and rituals, for example “conquering the ego” (which is a story for itself, which I’ll probably write about later). But more than anything, it seems to mean believing in the same things as our subject believes.

Many such people reject those who don’t talk “positively” enough, or who talk more about science, politics and other worldly things rather than spiritual beliefs and experiences. I remember an e-mail that came years ago as a reaction to one of my articles, in which a woman was accusing me of being “very irresponsible”. Why? Because I briefly mentioned something about Earth being overpopulated.
Now, think about this for a moment. In spite of all the people cheating and downright fighting each other for resources, in spite of pollution and climate change, in spite of so many endangered species and resources including drinking water… she is concerned about people writing about overpopulation. Too bad weird emoticons don’t look professional, this sentence just begs for one. I presume some cult or religious beliefs were behind this.

I’ve even met a few people who didn’t want to do anything with me based on my Zodiac sign only. Last time that person didn’t ever even meet me, it was one of the questions she asked in a brief telephone conversation. That (besides feeling annoyed and a bit sad) got me thinking about the weird ways we discriminate against each other. Indeed, it seems like “spirituality” is sometimes one of the ways we reject and superficially judge others around us.

Now, I’m trying to avoid being sweepingly judgmental myself. I do know why spirituality can be so important to people. I was involved in some New Age groups in my late teens and early twenties, and while I came out of them disappointed in many ways, I still thoroughly miss the idealism and optimism of that time, the sense of purpose, meaning, hope, believing in safety in the midst of chaos. I wish I could still so firmly believe that everything will be OK with the world, that universe cares about me personally and that if I wish for something strongly enough, I will receive it.

Actually, I could still believe such things based on my life only. There have been many moments in my life, big and small, when I’ve felt strangely lucky – from finding my lost wallet in the middle of Malaysia with all my money and passport intact, to certain job and career opportunities opening up just when I needed them, to some beautiful unexpected relationships. Still, I think of so many people who deserve to be lucky, but life just keeps slapping them around. Or all the people with great talents, great hearts and minds, who are ignored based on their skin color, gender, religion, or country of origin (or simply because they are not extroverted and authoritative enough). Being aware of this makes my hope dwindle and I can’t make myself believe in idealistic things just because they sound nice. Does this make me not spiritual? It’s easy to say that I should believe in greater good in spite of “details” I see around me, that I should see the bigger picture… but, strangely enough, it’s compassion with people who suffer that makes me feel disappointed in spiritual aspects of life sometimes. I’m sorry if I sound pessimistic even if I try not to be. Here is a cute photo to cheer things up: 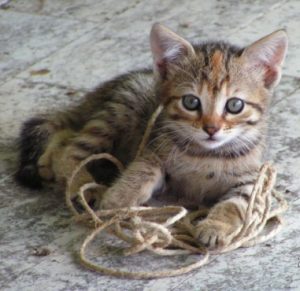 Back to spirituality: many people  feel almost offended if certain ideas, music, art … make them feel uplifted  –  and when they share those experiences with others, the reaction is lukewarm to nonexistent. In context of spirituality, it’s easy to dismiss others as not spiritual enough if they don’t share your emotions.  Yet, just because someone doesn’t feel the same emotions as you when you, for example, pray, or listen to spiritual music etc., doesn’t mean they don’t feel them at other times. Those other people can feel uplifted, touched, deeply inspired, when doing or experiencing something that would leave you cold. So who is right? Who is more spiritual? The truth is, we all share the same emotional potential, the difference is often only in what triggers those feelings.

The reason I lately avoid believing anything too firmly is that I want to avoid the trap of oversimplifying. The older I am, the more I’m aware of how incredibly complex our world and our brains are. Religious and New Age beliefs are usually black and white, generalized. Even if they may feel great, they are still greatly oversimplified – and oversimplifying is a very dangerous habit of our brains; its consequences include prejudice, generalization and all kinds of excuses for immature or destructive behavior. Yet oversimplified thoughts and “words of wisdom” are often the most popular. That’s understandable – our brains prefer to keep things simple, just to be able to cope with the world.

In the work that we do, many people experience spiritual feelings at some point. This makes me feel good and gives me hope. Still, it would be premature and rather arrogant to claim to know the truth. I want to keep my mind open. Even the best ideas in the world can – and are – twisted, distorted and manipulated. I don’t want to contribute to this in any way.

For me, spirituality primarily means being honest with myself. Avoiding to act out of integrity even if I can think of several excuses. Being responsible for my feelings, actions and even thoughts, even if it’s much more pleasurable to be impulsive. Some people can find me “not spiritual enough” because I don’t talk much about light and energies or spiritual guides or angels – or, indeed, because I’m not the right Zodiac sign. But I can only believe in what I find within myself – I cannot claim to know the truth about the rest of the universe. 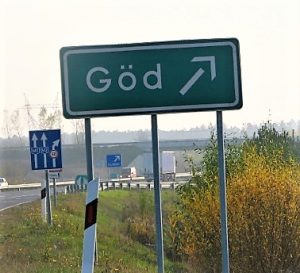 Wish it were so simple!

How To Live With Integrity

Are You Critical Of Others?